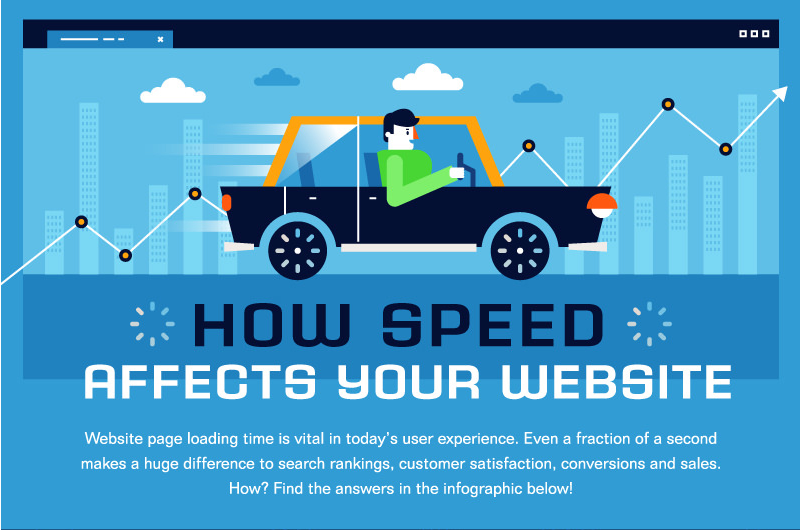 Google has been saying it for years – website speed matters. Tests have shown time and time again that slower websites get fewer visitors, record less time spent on site per visitor, and suffer reduced conversion rates. Besides, speed has been a ranking factor for desktop searches for several years now.

Tests have shown the effect website speed has on search rankings. The average load time of top-ranked websites is 1.9 seconds—even faster than the 3-second load time which Google recommends.

Not that it’s impossible to get good rankings with a slower site. It’s just much easier to climb rankings if you improve website speed.

So far we’ve talked about desktop websites. What about mobile ones?

In July 2018, Google rolled out the speed update which made speed a ranking factor for mobile websites as well.

For now, Google only penalizes the slowest mobile sites with worse rankings. However, the average mobile load time is 15.3 seconds, so most website owners have something to worry about.

Probably, it won’t be long before this affects faster websites too. We know Google wants a faster internet so it’s only a matter of time before they make another push for faster mobile sites.

An added factor influencing SEO is mobile-first indexing. Google considers the mobile version of your site the primary version. So even if the site works well on desktop computers, poor mobile experience can hurt its rankings. That’s why improving mobile website speed will be a very important SEO practice in 2019.

One final way speed affects rankings is the bounce rate. Google’s search algorithm interprets a bouncing as a sign of no relevant content. It, therefore, gives worse rankings to sites with high bounce rates.

According to the graphic below, long load times mean significantly more bouncing. Five seconds of load time can easily increase the base bounce rate by 90%. Unfortunately, Google cannot discern the reason for this so your site gets penalized as if its content were bad.

Take all of that into account and you’ll see why improving website speed is one of the most important SEO practices.

And that’s just the effect on SEO. Read the graphic below to see the other effects of website speed.