Understand the impact of Hummingbird update on your content

You are here: Home1 / Search Engine Optimization2 / Understand the impact of Hummingbird update on your content

Understand the impact of Hummingbird update on your content 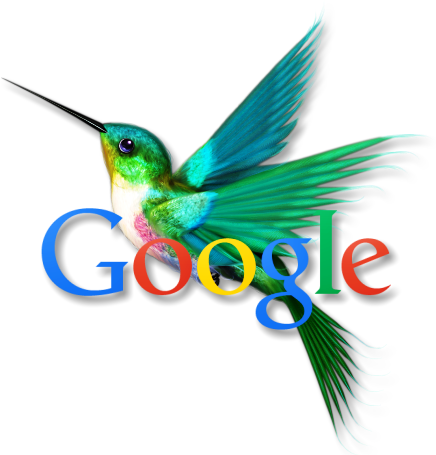 The Hummingbird update is one of the biggest operational updates that Google has released in a long time. The trouble is that it is still very vague as to what effect this has on webmasters.

The previous animal related updates caused a lot of fuss and trouble in the online world and so were highly publicized, and yet even today there are people who do not know that the Hummingbird update has been released. Understanding the impact is difficult because the impact has not been severe. There are not a bunch of more “boycott Google” websites cropping up, and few people are complaining about being kicked off of Google (there are some though).

Leaving aside the idea of the Hummingbird update affecting your SEO

From what you may gather from the Google press releases, you should just carry on as business as usual. Most all of the optimizing methods have remained the same and there is no benefit to any new methods that are floating around the Internet.

A warning that we can only guess at this stage

The warning is for you, the reader and it is this–do not believe the hype about the Hummingbird update. Most people are only guessing about its impact so be careful what you believe online. There appear to be no set parameters or rules as there was with panda and penguin updates.

Those top ten lists are everywhere and that is probably the reasons why Google wants rid of them. They intimate that pages with more tips such as “top ten” are better than that lists with just a few on, such as “Two ways to.” Google have said that more in-depth articles will be favored, which may mean that websites such as Wikipedia become more popular.

Answer a question with your pages

This is another hint that Google has given. They feel that people are asking questions on the search engine more than they are just typing in keywords, so answering questions is a good place to start when optimizing your website.

People are entering longer searches because of the Google suggestion tool

Make no mistake that the longer queries are due to the Google suggestion tool. Lots of people are using it because it is quicker and more convenient than having to type in the whole question yourself. Google is aware of this so your SEO will have to show it some way.

The Google keyword tool used to be available to all people who wanted it, but now you have to sign up for a free Google AdWords account before you can use it. This may indicate that Google is phasing out keyword optimization in favor of something else. You can still use the keyword tool for free and without obligation to buy adverts, but it is a bit mysterious. After all, would they have not replaced it with another tool if they were not phased out keyword stuff?

PageRank may be lowered in importance

The PageRank toolbar is having less and less updates these days. It may mean that Google is investing less money in it, which may mean its importance is lowering. The whole idea of a PageRank may soon be decommissioned. What this will mean for Alexa and Moz Rank is also a mystery.

Write for humans and not for the search engines

This may mean getting rid of notions such as keyword prominence. It will also mean that squeezing awkward phrases into sentences because the awkward phrase is more frequently searched for is a thing of the past. Google has long been saying we should be optimizing for humans only, and the Google Hummingbird may be yet another step in that direction.

Some are saying it does not, they are saying it only affects how Google works internally, but does that make a whole lot of sense? Sure, it means there are no new rules such as how it doesn’t say you must do X and mustn’t do you, but how can an internal software shift not affect SEO? Some say it is like changing the engine of a boat in how nothing really changes, but it does, it just appears like it doesn’t from the outside. There is no doubt that over the next few months you will see the Google search engine results change and adjust as web masters react to the Google Hummingbird update.

Kate Funk is a freelance writer at www.aussiewriter.com. She is mainly focusing on technology, gadgets and all the latest SEO trends which are interesting for networking enthusiasts.

How to optimize digital assets to increase your brands and rankings