Blog - Latest News
You are here: Home1 / Search Engine Marketing2 / The Good, the Bad and the Average – PPC Strategy 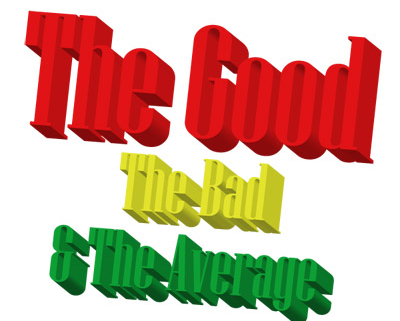 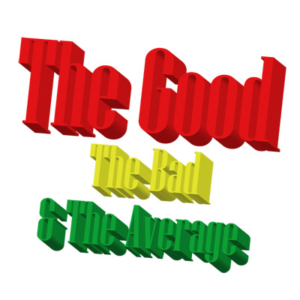 “The average tyrannies“ have you ever heard of that?

“The tyranny of averages is a phrase used in applied statistics to describe the often overlooked fact that the mean does not provide any information about the distribution of a data set or skewness, and that decisions or analysis based on this value—as opposed to median and standard deviation—may be faulty” (from Wikipedia).

The average PPC
In PPC you will have an average of – let’s say – 10 dollars per conversion in 2011. But you will have some months doing much better and month doing lot worse.

Most of the time your conversion rate is not average – it’s always better or worse than the average.

My PPC campaigns are bad… ?

But with a conversion rate of 10 dollars you are losing money – so your boss or your client tells you to stop advertising on Google Adwords or other PPC search engines.

You should stop advertising from October to May – and spend the entire budget in the summertime instead.

Check out the worse and best performing keywords and ads – Why are they performing bad/good? Is there some kind of characteristics about them? Remember to check out the hour performance, is the weekend better, seasoning etc.

You average might look fine for some of your campaigns – but they still might be doing a bad job half of the time.

So take your time to dig deeper.

An example of the average tyrannies is this one. I had an ad that was doing average.

I was checking it once a week. The next week it was really going down. The problem was that the client had deleted the landingpage. So I was sending thousends of people to an nonexciting page every day.

If I had been more carefull and not trusted the average I would have discover that Monday, Tuesday and Whensday was great. And after that 0 conversion. Instead the next Monday I could see – that it was still average.

Remember to grab the 3 eBooks about SEO, SEM, Social Media Traffic and Link Buidling – only for members of SeoCustomer. Join here.

And come and get into the conversation in our new LinkedIn group SeoCustomer.

All the best to you. Cheers 🙂 What Paul McCartney Can Teach Us about SEO 3 Ways to Pro-actively Promote Your Brand

Colors Around the World – the Ultimative Marketing Guide 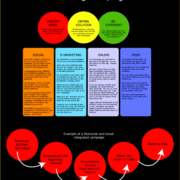 How small businesses can use mobile marketing